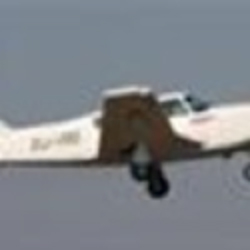 We are proud to announce that today, Friday 23 July, we successfully completed the maiden flight of the ADEPT Airmotive 320T Engine.

The aircraft, flown with it’s landing gear extended, and the composite MT propeller pitch set to fine, achieved 100KTS at 800′ on downwind with a 35% throttle opening. During the flight, all engine parameters were logged by the engine management system, and monitored by ADEPT’s Managing Director, Richard Schulz who was on board the aircraft for the historic first flight. For the take off, engine RPM was set to 5000RPM, leading to a propeller speed of 2400RPM. Excited onlookers and members of the press noted that the engine is extremely smooth and quiet in operation.

To ensure safety on the initial test, a rich fuel mixture, and several electronic limits were added to the engine control parameters. As the prescribed SA CAA Flight test program proceeds, various parameters will be optimised based on the logged engine data. Ongoing testing will continue to establish engine performance parameters and reliability. The initial flight was performed using standard unleaded MOGAS – The engine is designed to use MOGAS, AVGAS or BIOFUEL and sets new standards in efficiency and low environmental impact.

AGILITY AND ADAPTABILITY KEY TO WEATHERING THE COVID-19 STORM

Due to the Corona virus pandemic, ADEPT Airmotive and ADEPT Manufacturing will adhere to the South African Government’s notification of a 21-day National lock-down…