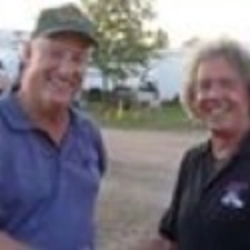 Without doubt, the dominating topic of conversation was the future availability of Avgas, the impact this is going to have on the global GA fleet and the current lack of a viable solution coming from the existing engine manufacturers. Richard Schulz was given the opportunity to speak at one of the forums where ADEPT’s solution to the Avgas crisis was received with much interest. The audience were amongst the first to see images of the Mogas burning 320T’s first flight in the company’s Ravin 500 test aircraft.

Aside from meeting with various industry executives, the Directors had the opportunity to meet with the new EAA President, Rod Hightower and brief him on the latest developments at ADEPT.

We are packing for Oshkosh 2021

ADEPT is getting ready to participate at EAA Airventure 2021…